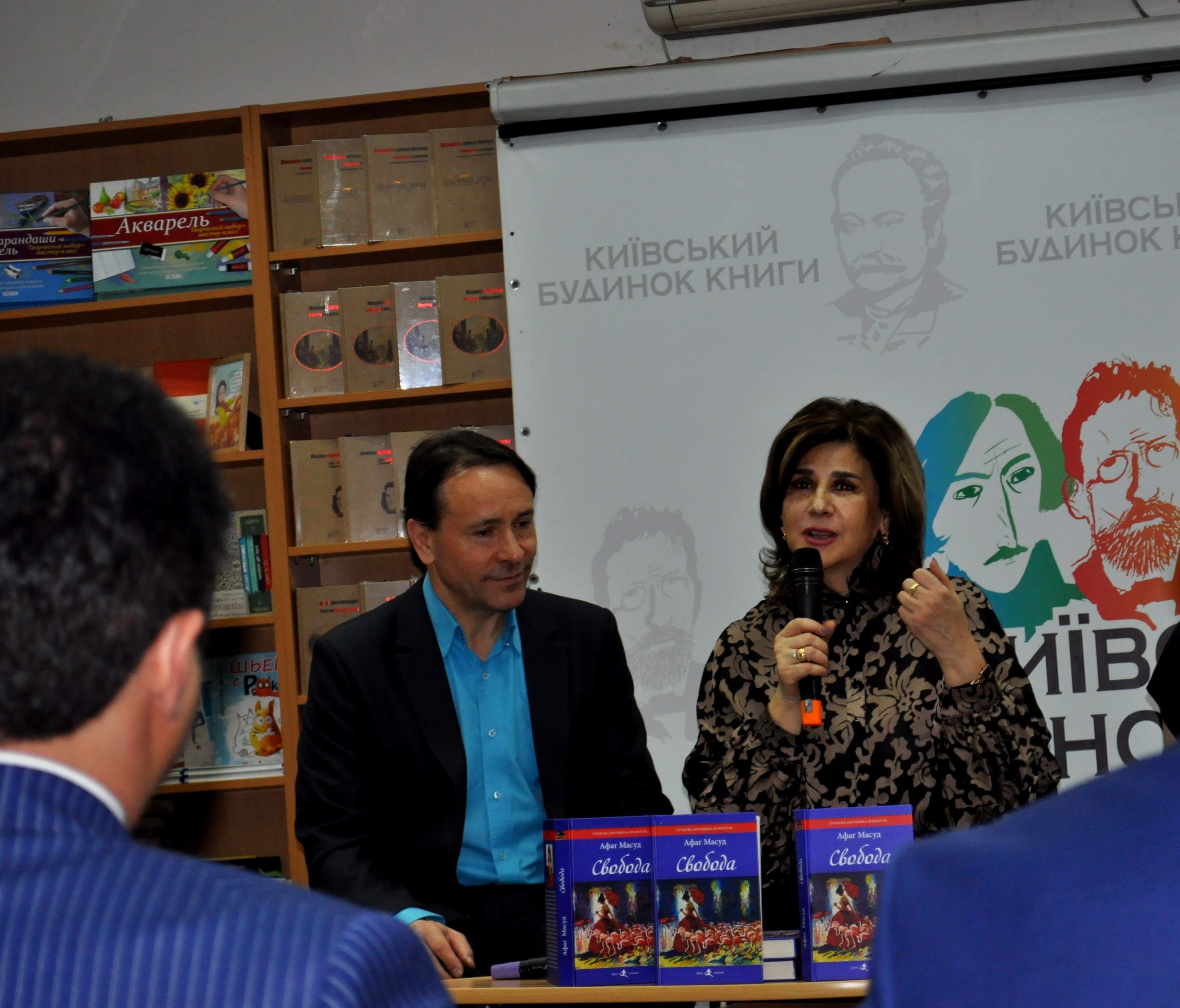 Work on the Ukrainian edition, which includes a novel and short stories, was initiated by the National Writers’ Union of Ukraine.

The event was attended by Ukraine’s outstanding literary and culture figures, as well as notable Azerbaijanis working in the fields of art and science in Ukraine.

Afag Masud fielded questions from the audience and moderators throughout the hours-long event. Later on, the author signed autographs for the guests to the presentation ceremony.

As part of the event, Afag Masud also met with journalism students at Borys Grinchenko Kiev University. Borys Grinchenko, a prominent writer and translator, was the complier of the first dictionary of the Ukrainian language.

Mass media outlets of Ukraine widely covered the presentation ceremony and her meeting with the students.